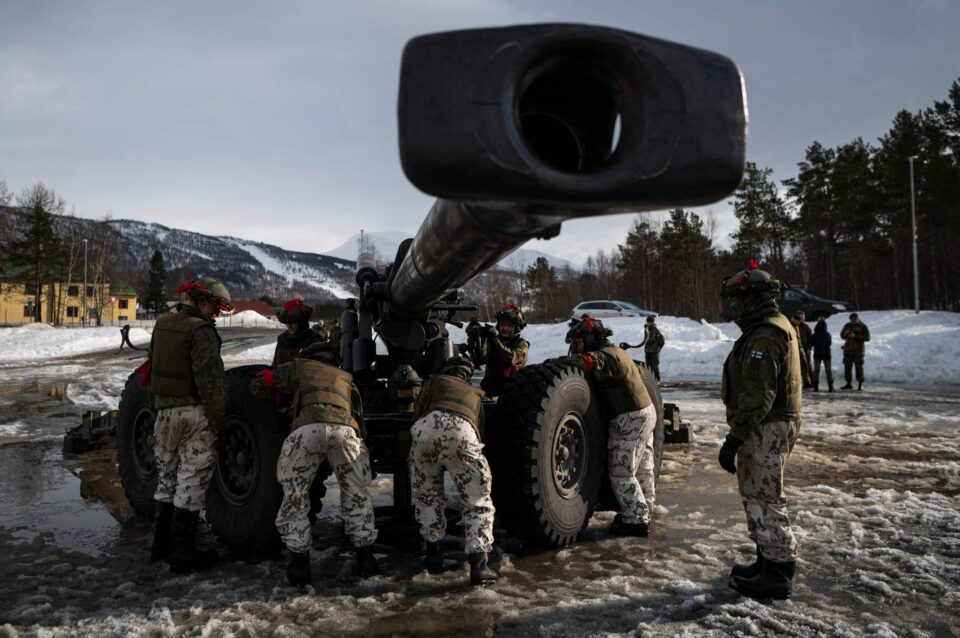 (FILES) In this file photo taken on March 22, 2022 soldiers from the Finnish Defence Forces, operate the Tampella 155 K 83-97, a Finnish towed 155 mm field gun, as they participate in the international military exercise Cold Response 22, at Setermoen, North of in Norway. - Rattled by Russia's invasion of Ukraine, Finland will on April 13, 2022 release a key security report to parliament ahead of a debate and eventual vote on whether to seek NATO membership. The Russian assault on Ukraine sparked a dramatic U-turn in public and political opinion in Finland and neighbouring Sweden regarding the Nordic countries' long-held policies of military non-alignment. (Photo by Jonathan NACKSTRAND / AFP)