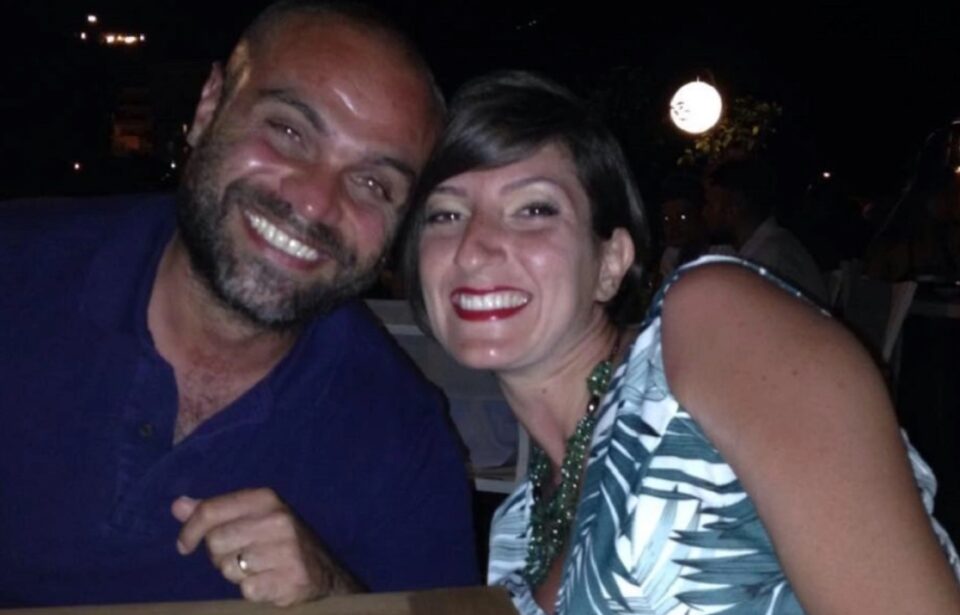 A BOY has died of food poisoning that left the whole family “constantly vomiting”, it was reported.

The family were on holiday at the Brit hotspot Sharm El-Sheikh when six-year-old Andrea Mirabile, his dad Antonio, 46, and pregnant mum Rosalia Manosperti fell ill.

The condition of little Andrea and his dad, from Palermo, Italy, worsened after they became ill on Friday, July 1.

“The child was very ill. My brother-in-law thought he ingested water in the pool. But it couldn’t just be that.”

The family went to visit a local doctor, who gave them “an infusion with a physiological solution, then they gave them three pills to treat food poisoning”, the uncle recalled.

“My family went back to the room continuing to vomit, and so also on Saturday morning. Symptoms did not go away. Then they called the doctor back, who told him to come back in the afternoon.”

At that point, the child’s uncle called an ambulance and the family was taken to hospital.

“My nephew was [in a] very serious [condition]. We learned that, despite an hour of resuscitation attempts, there was nothing they could do,” Manosperti said.

“My brother-in-law, on the other hand, came to the hospital unconscious, with symptoms of the onset of kidney failure, with an enlarged kidney, and respiratory problems.”

Manosperti said that little Andrea, who was given a drip upon arrival at hospital, died an hour later.

Andrea’s dad is still in a serious situation.

“We have no definite information on the conditions of my brother-in-law,” Manosperti added.

“They had taken out insurance and asked to be able to charter a private flight, but they need medical reports from the hospital which are not delivered to them.”

Manosperti, who managed to speak to his sister via Messenger, said: “She is destroyed by pain. She just wants to go home and experience her pain.”

He added: “Already on Saturday my sister talked to a magistrate all night and last night, in intensive care, an emissary from the Egyptian Ministry of Health arrived saying that they had two toxicological tests and excluded poisoning.”

The Ministry of Foreign Affairs of Italy has been made aware of the case.

The Italian Consulate and the Italian Embassy in Egypt are quoted as saying that, once Mirabile’s situation improves and the hospital gives its green light, the family will be repatriated to Palermo at the expense of the state.

“My brother-in-law has kidney and heart problems, he can’t stand up, he has oxygenation at the 80 per cent. We want to bring everyone home, someone help us,” Manosperti said.

An investigation has been opened.

The resort in which the family feel ill has not yet been named.

An autopsy has been carried out in Sharm El-Sheik to determine the case of Andrea’s death after the tragic incident.

“It will take months before we understand what really happened,” the child’s uncle conceded.

The mayor of Palermo, Roberto Lagalla, expressed his condolences to the “parents affected by the terrible loss of their little son”.

“I hope that their health conditions improve quickly,” Lagalla added, highlighting the importance of carryout out thorough investigations into the case.

13 REASONS WHY DADS ARE REAL SUPERHEROES …